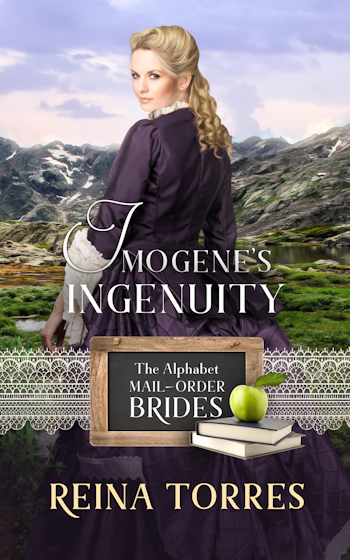 Imogene Wigg has loved her life at the foundling home where she was raised. It gave her a loving family and the skills to better her mind and her future. When she finds out that they all have to leave their home, she doesn’t want to go, but Madam didn’t raise her to be a shrinking violet. So, while everyone thinks she’s headed to Bower, Colorado to be a Mail-Order Bride, she’s actually going there to apply for a job… in a print shop. There is nothing in the world so exciting to Imogene as the creation of the printed word and she wanted to help create it.

Printer Silas Hix has been advertising for an assistant, but the one man who inquired about the job hasn’t shown up. Instead, he meets a young woman with a keen mind and an interest in his work. It’s just too bad that a bachelor can’t hire an unmarried woman to work alone with him. What would people say? But sometimes it’s hard to remember his reservations when he realizes that Imogene is probably the only person in the world he’s ever had an easy time being with, or wanted to spend more time with just to see her smile, or hear anything she has to say.

Well, it turns out that Mother Nature has plenty to say about the two who share a love for printing machines and don’t mind ink stains on their fingers. She’s not above stacking the deck in their favor and suddenly the future’s out of both of their hands and in front of the Pastor.

What does fate have to say now that they’ve met someone who is just their ‘type’?This book, the ninth in “The Alphabet Mail-Order Brides” series, and is connected to my “Bower, Colorado” Series. 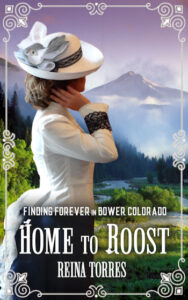