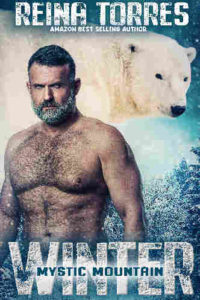 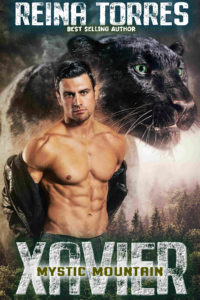 He thought he wanted his freedom and his solitude more than anything else in the world… until he met her.

Xavier Salazar lives the life that he wants. He has his friends and his home carved into Mystic Mountain. It’s his retreat, his refuge. When a gorgeous woman shows up in town to help make the resort’s bar a brilliant success, he’s torn. Xavier is determined to drive her away, but his panther wants to touch her all over, hide her away in their den, and add to the family that he was slowly creating around himself.

Oh, he was going to fight… hard. And yet, even he knew he was probably fighting a losing battle.

True Sinclair is at the top of her profession. Being a world class mixologist means she knows how to blend all kinds of things together. She just can’t fathom why Xavier treats her like he’s oil and she’s water. There was no doubt that he was combustible around her.

At first, he can’t seem to force himself to be civil or even make an effort to share the same town, but she finds herself drawn to the dichotomy warring inside of him.

True knows what he is and she knows what she wants, but she won’t wait around forever if the man who makes her blind with love and drunk with passion won’t even meet her halfway. 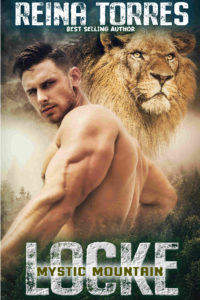 Home is where the Heart is… She was his heart and he’d never let her go.

They say it’s the little things that make a house a home, but for Locke Ascher it was one single thing. His first breath of air in Mystic. It wasn’t just the fresh air of the quiet mountain town. It was the scent of shifters in the air. His whole life had been spent in a town composed solely of Lion shifters and that’s how it was going to stay. But, Locke wanted more. Moving to Mystic was just the start of his new life.

Katherine Lincoln was on her first grand adventure. She knew that moving to Mystic was going to be an eye-opening experience, but the man who came to give her the keys to her new shop was drop dead gorgeous. So what if he could turn furry with fangs and his roar shook the windows, he says he belongs to her and she belongs to him. Heaven help her, but she’s willing to buy into the fantasy. Why not? What could she lose?

Well, when you’re ‘all in’ with something, you suddenly have everything to lose. And Locke’s past comes knocking on his door and threatens everything they’ve found together. What steps are they willing to take to get what they both want? A Happy Ever After.