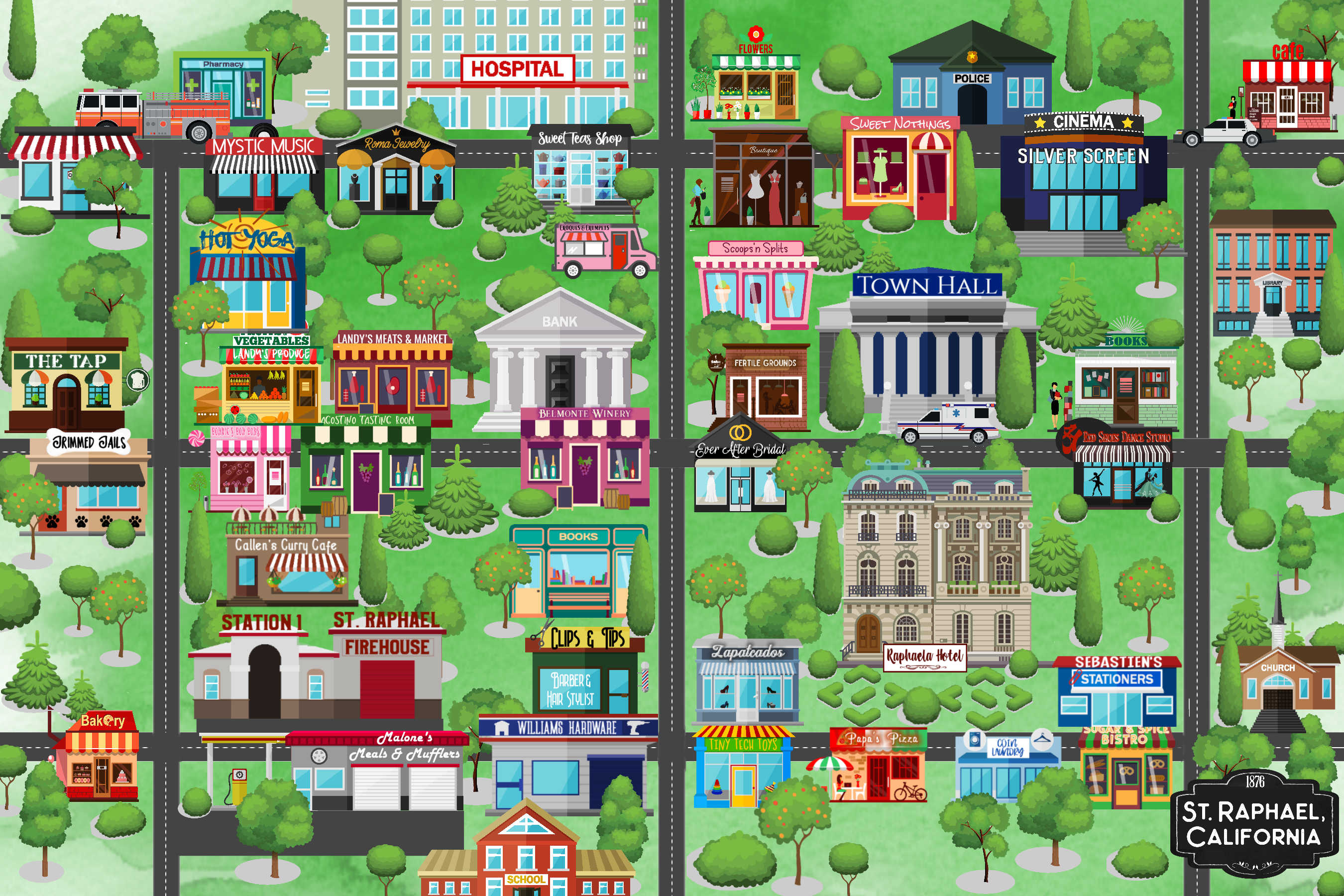 St. Raphael, CA skirts along the edge of the Napa Valley in Northern California – This quaint small town, founded in 1876, is the heart and soul of the residents… Whether you love Wineries, Locally Grown and Processed Olive Oil, Heritage Festivals, or maybe some adorable stores with all kinds of amazing products for sale, you’ll never tire of wandering the streets of St. Raphael.

When the founding families of the town gathered to incorporate back in the late 1800s, there was quite a bit of discussion about what official name to give to the lovely agricultural area full of amazing natural beauty and rich, fertile soil. Many wanted to name the town after one of the founding families. Some wanted to name the town after a particular industry or agricultural gem of the area. For some time, people despaired of ever finding the ‘right’ name for their home.

Legend has it that a young couple, traveling for months in search of a place to begin their family farm and raise their children, stumbled upon  the gathering. The young woman was large with child and in desperate need of assistance as her time was upon her. The women gathered to give her aid and the men continued to argue about their own pressing concerns. The young husband and father to be sat apart from the gathering, his head bent in prayer.

As the first energetic cries of his son split the air he looked up from his prayers and thanked St. Raphael. He explained to those who were curious that St. Raphael was the answer to his prayers. The Patron Saint of Travelers, Happy Meetings, Healing and Marriage, St. Raphael was a Saint who proved most useful to the young man and his family.

Not only did the young couple name their son in honor of the Saint, the Town Founders adopted the name for the town as well.

Since then, St. Raphael has only known love and prosperity… and there’s always more room for love…