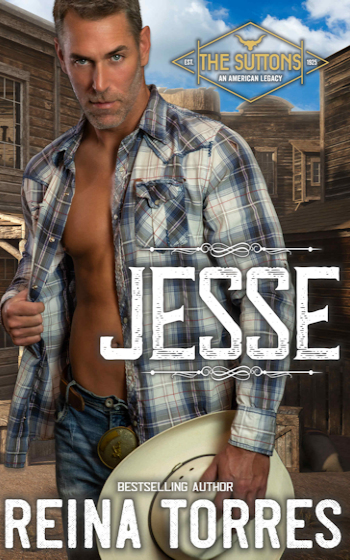 Since 1925, the Suttons have helped create movie magic on their ranch in Central California. Now it’s time for a new generation to take over.Jesse Sutton holds the reins on the newest movie project, but he’s more than aware that he’s just filling the shoes of his brother who was lost in Vietnam. His biggest challenge, making the star of the movie look like a cowboy when he’s never even been on a hobby-horse.

Etta’s family has always been anything but. Tired of living in the narrow lines of her father’s love she leaves to make her own way in the world and discovers that she’s wholly unprepared to find her way.The Suttons welcome Etta Bradford like family and the feelings that Jesse is harboring for the beautiful young woman makes him wonder if she could be the one he’s always dreamed of, but never felt he deserved.

When issues with the lead actor threaten his family’s livelihood, Jesse’s forced to make a decision that might destroy the legacy created by his grandfather to protect Etta.Will the pressures of his family legacy put an end to their love story or have they only just begun?

A Dance for Christmas