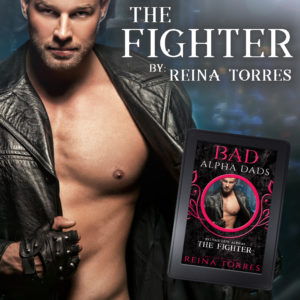 Cage pulled up his collar around his neck and climbed the steps to the side door of the police station. When he got up to the top he knocked on the door a few times and stepped back to wait.

His body ran hot all the time, but the bitter winter winds that blew in off the frozen lake were just cold enough to freeze even his hot-blooded-shifter hide.

The peep hole went dark for a moment and then the tumbler-lock clicked open.

It took another half a minute before the heavy iron door swung inward.

Cage puffed a hot wave of his breath over his cupped hands and stared at the man standing just inside, letting some of his frustration bleed into his words, “Sorry to interrupt your evening, Officer.”

“No worries,” giving him a smile full of bullshit, the uniformed officer stepped back into the warmth and gestured for Cage to step inside, “I just needed a minute to hide the still and the pot plants in the back room before I let you in.”

A quick cough of laughter was all the officer heard in return until the heavy door was closed behind them.

“Are you sure you’re not going to get in trouble for this, Boyd?”

The officer waved off the thought. “I think I’d get into more trouble if I didn’t.” A momentary wince ended in a smile. “Having my wife as the District Attorney makes for really interesting dinner conversation. Well that’s when I manage to actually get home for dinner.”

“Well, if your wife needs any kind of assurances, I’ll be happy to put up everything I own.”

Boyd blew out a low whistle. “You taking this ‘dad’ thing seriously, eh?”

Cage shrugged and cleared his throat. “I don’t know what the ‘dad’ thing is. So far I’m just making mistakes.”

The officer looked back at him with a sympathetic smile. “It may seem like that now, but you’ll get the hang of it.”

Shaking his head, Cage sighed. “I don’t want to fuck this up, Boyd. I don’t think I could look myself in the mirror if I didn’t get at least this much right.”

Boyd nodded. “One day you’ll come over to the house for dinner and Caroline will make us come of her salsa and guac and you and I can have a few beers and steaks.” Boyd’s grin was almost infectious. “I’ll even let you eat yours raw if you want.”

Cage muttered a few choice words under his breath. “Now I know why you get into trouble with your wife so much.”

“Not likely.” Cage reached up his hand and knocked back the hood from his sweatshirt and scrubbed his palm over the short military issued cut that he hadn’t quite lost the taste for since he’d come back stateside years ago. “I don’t see myself… getting married.”

“Well,” Boyd shrugged, “married or mated, whatever you folks call it. Don’t say never. I told myself the same thing and almost missed out on the most amazing woman I’d ever met.”

A text notification sounded from Cage’s pocket and he knew it was from the Colonel asking after Frances.

Boyd understood the sound and swept his hand toward the back door. “Holding is back there,” he rushed on when he saw Cage’s nostrils start to flare, “she’s the only one back there. I wouldn’t put her with criminals.”

Cage eased up a bit. “Even though she is one?”

“What? A little too much reality?”

The officer shook his head. “If I didn’t know you cared for her I’d be calling you a total prick… silently, behind your back… ‘cause you’d be a prick, but you’re also strong as an ox.”

Cage snarled at him. “Now you’re treading on thin ice.” Snatching the keys out of Boyd’s hand, Cage walked toward the door to the holding area. “Ox my ass.”

The door touched the wall and made an ominous echo off of the concrete wall. Maybe it was the stiff upper lip thing that the Brits pride themselves in, but Frances didn’t move a muscle at the noise. She just stayed seated at the end of the bench, propped up by the bars on either side of her.

The only sign of life as he approached was a long-suffering sigh that fell from her lips.

“At least I know you’re conscious,” he drawled as he stepped up in front of her cell. He started to reach for the keys but a well-placed elbow against the cell door slid it open.

“What?” Frances lurched to her feet, outrage lending her a little speed. “You mean it was open all this time?”

Cage tossed the keys up and caught them in his other hand. “I guess.”

She stalked forward toward him and when she was face to face with him he tried to ignore how tall she looked standing before him, growling more like a lion than she had a right to. She certainly was fierce enough to be Todd Billings’ little girl. “Did you plan this?”

He was stunned really. Staring into her furious gaze he managed to breath and keep his own lion deep inside. “You think I planned for you to get arrested for vandalism?”

She whirled around on her Doc Marten’s and kicked the wall only to recoil with a yelp of pain. “Dammit! Ow!”

“Stop!” She swung around again and poked her finger into his chest. “Wow.”

“Wow?” He turned his head to look at her through another vantage point. “What’s the wow for?”

She let her head roll back on her neck and gave him a long, peeved sigh. “It’s to tell you how much of a… of a…”

Her hands lifted up in helpless gesture. “Really? You can’t ever let me… let me-”

“I ‘let you’ do a bunch of stuff and you got yourself thrown into jail, young lady.”

Her eyes narrowed at him. “Wow, you sound really, really old.”

She turned and snatched up her bag and nailed him with a look.

Cage gestured for her to precede him out of the room. He watched her sashay out of the room, all spit-fire and vinegar. As she turned the corner in the doorway she was all smiled for Officer Boyd and that left him feeling even more defeated. “I also feel really, really old.”

WOW – Thanks to the Readers!