Up in the Air: Vassar College

Here is some information on that institution from Godey’s… 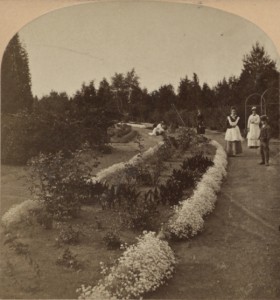 AGAIN we make this educational wonder our theme; because public feeling demands more information concerning Vassar College, and the mode of its intended management.  Happily we can now give the ideas of its noble Founder in his own honest words, showing that his design was, and is, to bestow his gifts for the benefit of woman, in the highest sense which the advantages of collegiate learning, and opportunities of culture and use can bestow on the feminine sex.

We will give selections from Mr. Vassar’s eloquent Address* (would that we had room for the whole!) on the organization of the College Faculty; and also on the religious influences which he would commend.

THE CHARACTER OF THE INSTITUTION MUST BE PERFECT.

“This Institution, as an impersonality, is the object of our care. We launch it for a blessing to all time.  We have the world from which to choose our instruments. We each and all of us, as individuals, sink out of sight, in view of the permanence and greatness of this design.  Let us forget men, forget prejudice, forget favor, forget every other consideration, while we plant this seed, whose branches shall be for the healing of the nations, and whose growth shall be perpetual.  Scrutinize, lift, weigh, every proposition, every plan, every person, frankly,
freely, honestly.  Be sure that the means and instruments are fully abreast of the idea involved, of the endowment, of the highest public expectation, and be such that they may all grow and expand together.” 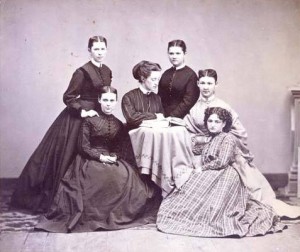 THE DESIGN IS TO ELEVATE WOMAN.

“It is my hope, it was my only hope and desire, indeed it has been the main incentive to all I have already done or may hereafter do, or hope to do, to inaugurate a new era in the history and life of woman.  The attempt you are to aid me in making, fails wholly of its point, if it be not an advance, and a decided advance.  I wish to give one sex all the advantages too long monopolized by the other.   Ours is, and is to be, an institution for women-not men. In all its labors, positions, rewards and hopes, the idea is the development and exposition, and the marshaling to the front, and the preferment of women – of their powers, on every side, demonstrative of their equality with men-demonstrative, indeed, of such capacities as in certain fixed directions surpass those of men.  This, I conceive, may be fully accomplished within the rational limits of true womanliness, and without the slightest hazard to the attractiveness of her character.

“We are indeed already defeated before we commence, if development be in the least dangerous to the dearest attributes of her class.  We are not the less defeated, if it be hazardous for her to avail herself of her highest educated powers, when that point is gained.  We are defeated, if we start upon the assumption that she has no powers, save those she may derive or imitate from the other sex.   We are defeated if we recognize the idea that she may not with every propriety contribute to the world the matured faculties which education evokes.  We are especially defeated, if we fail to express our practical belief in her preeminent powers as an instructor of her own sex.”

Up in the Air: Windel, Eudora and Miss Schlacht see the sights, but where’s Nigel…