Cuddle with a “Gingerbear Christmas”! 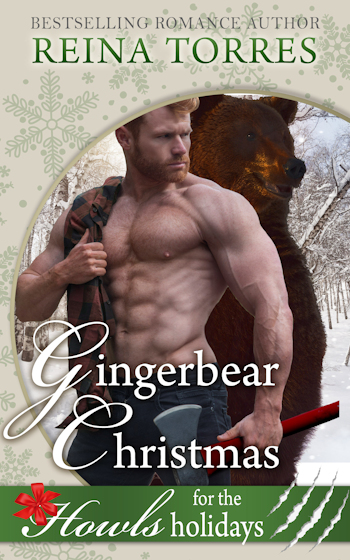 In the chilly Christmas Season, a Bear Shifter is the perfect thing to keep her warm…

If there was one simple truth about the town of Allaway, it was that they took care of their own. Bear shifter, Clancy Rhodes, couldn’t remember his parents, but he remembered all of the kindness shown to him by the other residents in the valley and up in the mountains. He’d never wanted for a roof over his head or food in his stomach, and when he was old enough, they’d helped him build a house of his own. This fall he built an extra room onto the original structure with his own hands. Why? He really didn’t know, except his bear had thought it a good idea.

Haley Woodward hated being alone in the big city. She had friends, but no one too close and instead of being stuck in a cubicle all day, she longed to spend more time on her art. When she found herself the recipient of an artist-in-residence grant in the small town of Allaway, she jumped at the chance. The woman who arranged her trip had also arranged her lodging, in a tidy cottage with the largest and sexiest man Haley had ever seen.

Even with the heavy snows in Allaway, Haley didn’t find herself in need of a fire to keep herself warm, but would this seemingly effortless relationship continue beyond her time in the valley? She had a life she was supposed to return to in the city. Right?

Clancy had never had any intention of finding a mate. The community of the town was small. Small enough for him to know that no one there was the one to complete his soul, both halves of it. And yet Haley had made her mark on him in so many ways and before it was her time to leave, he had to make her see that what they had together would carry on for the rest of their lives, not just Christmas.

Up to Date Book News!