Who am I? I’m a mom, a daughter, a friend, a romance author… and a bunch of other things, but for most of my life there was one thing I didn’t ‘know’ about myself.

I’m a POC – Person of Color. Oh, so that’s what they slightly sallow tone of my skin means.

My DNA is mostly Asian although there’s a mix in there… not enough to be called ‘Chop Suey’ in Hawai’i. (that’s just a fun local way to say a bunch of races/nationalities in someone’s genetic make-up)

But the fact that I’m ‘of color’ wasn’t driven home into my head and consciousness until college. I was told it was going to be a ‘culture shock’ – little did I know that the difference in McDonald’s menus wasn’t the only shock I was going to get. I very quickly found out what it was like to be… ‘OTHER.’

The first time I was ghosted by a guy I was dating, was with a guy in my dorm… My Freshman year and his Junior. freshly back from Winter Break, he avoided me… didn’t want to talk… I had to find out from his best friend that his parents ‘weren’t pleased’ that he was dating someone Asian. Shocked, I asked his friend, who was Korean, why that had been a big issue since they didn’t require their son to turn their back on him. “Oh,” he told me, “he can’t have babies with me.”

Talk about a turning point in my world view. That someone hated me for my very DNA. Not my actions, not my heart, not my intelligence or talent. Because of the double helix that was decided on by generations of other people.

That shook me.. hard.

Sight unseen I was rejected.

Well, I thanked his friend for being honest. And the next time I saw an ex- that had never really been a boyfriend, I was able to look him in the eye and smile. And when I leaned close and walked past him, I told him he was a chicken.

Now, I’m not going to go into the specific drama going on behind the author wall of Romance-land, but I have a few things about me that I’d like you to know.

I’ve been a chicken too… When I first started writing Romance books to publish them, I kept with the ‘norm.’ Caucasian main characters.

Why? I was afraid. I didn’t want my books to be ‘left on the shelf.’ I wanted readers to read them. I wanted to be accepted.

During the discussion back and forth I had a friend, an author from the Southern part of the Continental US, ask me what it was like to be ‘different’ in the book culture of America.

When I was a child… there were few books where I could ‘see myself’ in the purest form of the phrase. Books with Asian characters. Oh, there were some.. most published in Hawaii or by small companies that made books about Asian Fairytales. But books from the big publishers? Nope.

I was addicted to books. Libraries… Bookstores… those were my clubhouses. But What did I See? 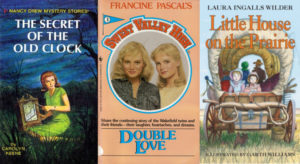 Now, please don’t think I didn’t enjoy the books that were available! I adored them. I read them. whole series of stories about people that didn’t look like me, but that didn’t mean that I couldn’t understand them or feel a connection… I didn’t even really think about the difference in the ‘look’ of things.. I just wanted to read… a lot.

In School we did have some books with Asian Characters – 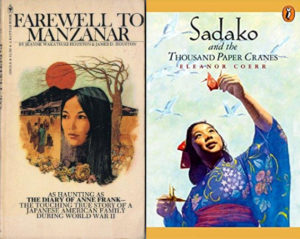 Manzanar is the story of Japanese Internment during WWII. And Sadako talks about a young girl who contracts an illness from the bombing on Hiroshima.

I think you can see that there might be a bit of a negative connotation for people reading about ‘Asians’ probably for the first time. Locked up behind barbed wire or dying from radiation. I can’t imagine what Caucasians thought about us. Is that their only reference beyond the ‘hokey’ asians in movies (most of them not even asian by dna), martial arts films, and visited to Chinatown for food and funny trinkets. 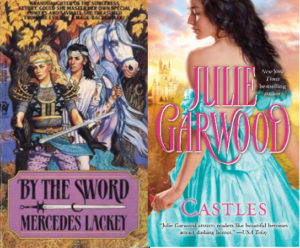 Again, these thoughts weren’t really in my head until recently and it’s kind of sobering for me.

I’ve heard some people say that if the character isn’t from their racial group that they can’t ‘get them’ – that reading about different ethnicities doesn’t fit their idea of romance… I admit it would be a great problem for me to have to be spoiled for choice. 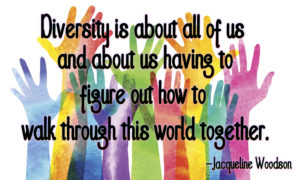 aren’t we all hoping for the same thing?

To love and be loved?

To have that happy ever after?

And romance… it serves that purpose. Right?

So, beyond my earlier confession… I’d like you to know:

I’m done being chicken. And I’m not sorry about it.

I’m still afraid. I don’t think I’d be human if I wasn’t afraid of how readers receive my books. I’m still going to write Caucasian characters, but I’m also going to write Characters of Color. I’m going to just write the stories in my head, but I don’t think there’s anything wrong or too difficult to understand that what brings people together is LOVE.

So let’s find love… TOGETHER. 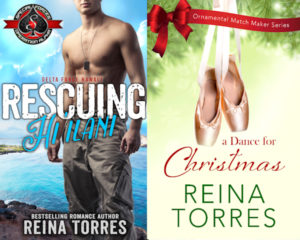 Where Are We? – Update

It took Theo months to meet Irish Healy. He'd seen her at Ciro's Bar and liked the way she looked. She wore retro clothes, dyed her hair in amazing colors & had curves that he hungered after, but she never seemed to stay long enough for him to start up a conversation. He had to do it the hard way. After responding to a 911 call that Irish was on. It took a few times to get her to agree to meet him, but he was determined to show her how much fun they could be together. She was convinced that he was making a mistake. Guys who looked like him, didn't end up with girls like her. Or so she thought, until Theo broke down all kinds of walls and didn't even need his Halligan to do it. When she struggled to believe in herself, he believed enough for both of them. He was the man for her.

Have you read "A Hero for Summer"? Experience another romance set in Hawaii #paradise #romance #deltaforcehawaii #reinatorresauthor Coming in August - Book 4 'A Hero for Olena'